The C&MA in Australia 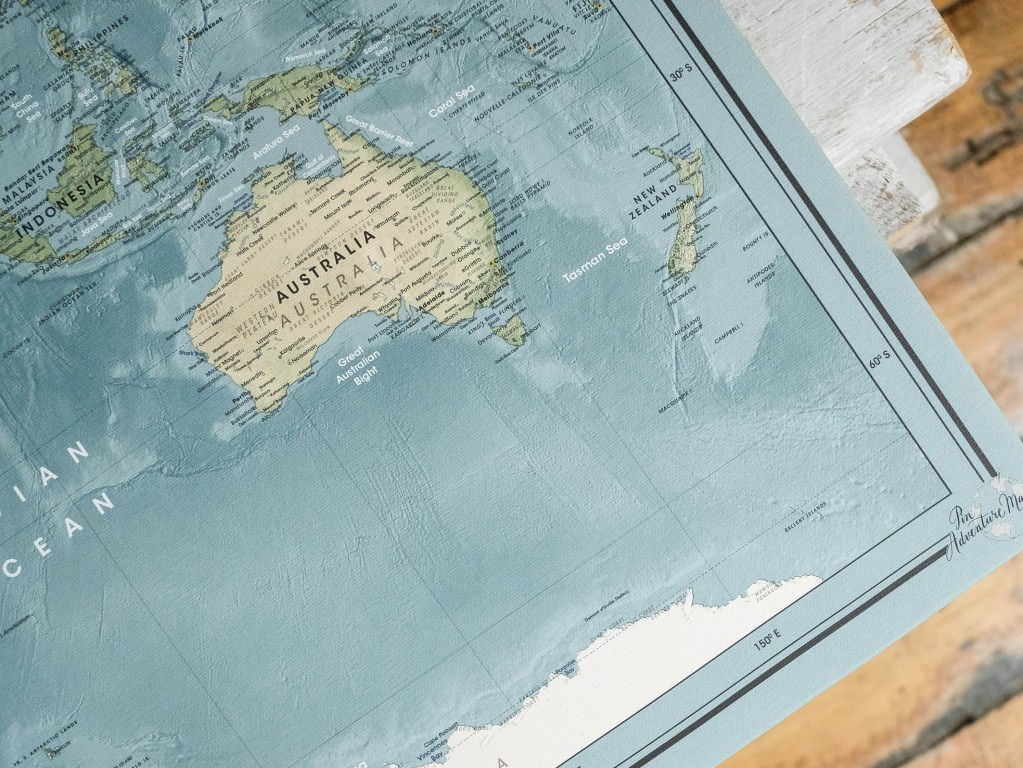 The history of the C&MA in Australia is not a long one, some 50 years in fact.

The Christian and Missionary Alliance grew out of the vision of Rev. Albert Benjamin Simpson, who was ordained in the Presbyterian Church in 1865 and became the pastor in one of Canada’s most prestigious pulpits. During the next number of years, the Holy Spirit revolutionised his life, making him more passionate for neglected people and people living in poverty at home and around the world.

In 1887, compelled by a sense of urgency to take the message of Jesus Christ to all nations, Simpson was used by God to give birth to The Christian and Missionary Alliance. It was only natural that his vision should extend to Australia. This vision continues to motivate the C&MA in some 58 countries in which it is currently serving.

However, it was not until 1969 that the Alliance established a permanent presence in Australia. The C&MA of North America became interested in Australia and in 1967 sent a team to look at the possibility of beginning a work here.

The first Alliance church service was held on 26 January, 1969 in Sydney, with 25 people present. A very humble beginning indeed.

Why had the C&MA come to Australia? It was to fulfil that vision to make Christ known. Australia was seen as strategically located to be involved in missions in South- East Asia and the Alliance, with its vision for missions, was seen as a means by which new missionaries could be sent into this and other regions.

Robert (Bob) Henry led the Alliance work in Australia until 1978. These were years of laying foundations and building. When he arrived in Australia there were no C&MA churches, when he left there were 21 churches and fellowship groups. In 1969 there was no C&MA of Australia, in 1978 there was an Australian C&MA led by Australians. By 1978 six missionaries had been sent out to South-East Asia, South America, Africa and Europe.

It quickly became obvious that none of the existing bible colleges, good as they were, would be able to produce workers with those doctrinal and practical emphases that characterised the Alliance. Consequently, in 1970, the Alliance College of Theology was created under the leadership of Rev John Harvey utilising Theological Education by Extension. By the end of its first year 15 students had enrolled.

One of the reasons the Alliance had come to Australia concerned its vision for missions in South- East Asia. In only its third year of ministry, the Australian Alliance began to fulfil that vision when it sent out its first worker, Mrs Joan Downes, to work in Vietnam.

Rev Noel and Mrs Olive Blyth joined the Alliance after many years of ministry amongst the Indigenous Australians of Western Australia.

In 1974 the Australian Alliance’s education program entered a new phase with the decision to start a full-time program, using rented premises in Fyshwick, Canberra. In 1977 the Alliance College of Theology took possession of its own building

in Waramanga, Canberra. Today the college is called “the Alliance Institute for Mission” and the C&MA and the Churches of Christ partner in theological education and training for ministry through the Australian College of Ministry.

At the 1982 Council Mr John Pocock was elected as the first full-time Australian President of the C&MA. John was also the Alliance’s first official evangelist.

John was keen from the outset that the Australian Alliance be focussed in its vision. This he expressed in a brief purpose statement, “to establish disciple- making churches that will be a base for world evangelisation with the Four-fold Gospel.”

A highlight of far more reaching significance for the future, was the beginning of

the Alliance’s ethnic work. It is now commonplace to call Australia a multi-cultural society, although there have been other cultures within the dominant Anglo-Saxon culture for most of the history of European settlement. This was to be reflected in the composition of the Alliance constituency. Until 1984, apart from our work amongst indigenous people, the Australian C&MA churches were Anglo-Saxon. This was about to change dramatically.

Rev Roger Lang was elected President and became the Associate Pastor of the Forest church, Sydney. The growth of the ethnic churches continued. In 1987 Chinese churches were established in Sydney, Melbourne and Adelaide largely through the efforts of Rev Jonathan Kaan.

In 1990 the Vietnamese Evangelical Church of Australia (Sydney) under the leadership of Rev Chanh Doan joined the Australian C&MA and Vietnamese Alliance churches began.

The Alliance work amongst indigenous Australians grew during this period. In 1987 Noel Blyth worked to develop a discipleship ministry with indigenous leaders. This was later to become the Yiwarra Palya Training Institute. Noel was assisted by his wife Olive and Pastor Ron and Mrs Diana Williams. At the 1991 Council Ron became the first indigenous Australian to be ordained to ministry in the Australian Alliance.

In August of 1992 the new national headquarters building in the nation’s capital was dedicated. These facilities have been a blessing to the Alliance as staff of the National Office have increased. In that same year Ken Graham was appointed to the national office staff to administer property, finance and administrative matters.

In 1995 Rev Russell Warnken was appointed to be the principal of the Canberra College of Theology. The Decade of Harvest church planting initiative continued to develop during the mid to late nineties. Policies concerning church planting were finalised with church and intercultural churches committees established including the establishment of a National Church Planting Committee.

The growing maturity of the Chinese work was demonstrated in 1997 when the Australian Chinese Alliance Churches Committee was formed and the Chinese Theological Training program commenced that same year under Dr Auyeung.

In February 2000 Rev Rod Russell-Brown was elected president. He came to the position with a desire to strengthen the ministry of the local church, the heart of the denomination. This desire was demonstrated through various initiatives over the coming years including the development of pastors’ networks in the various states. New churches continued to be planted but they came not as an initiative of the National Office but rather from the initiative of the various ethnic groups. Churches were planted in Hurstville, Sydney, north of Perth (both Chinese), in Seddon and Springvale in Melbourne and Adelaide (all Vietnamese). New missionaries were sent to the Philippines, Cambodia and Senegal, Africa.

Over the last few years there has been rapid change in the society and the church generally has been struggling to keep up. The Alliance has not been immune to the changes and this is having increasing impact upon how the Alliance operates as a denomination and missionary society.

Currently we are seeking the Lord under our new statements of mission intent and we are seeking new ways to be On Mission through the placement of missionaries, partnership with other C&MA fields, supporting professionals on the field, and funding specific projects. Flexibility has been key to who the C&MA is and this will be needed in greater measure in the days to come.

In 2016 the Alliance College became the Alliance Institute for Mission and the C&MA and the Churches of Christ joined in theological education through the Australian College of Ministries.

Our focus at home has been on encouraging every member of the Australian Alliance to see themselves as a missionary to their family, local area, city and nation. A new Director of Outreach was appointed in 2016 – Roy Barton. We are building an “outreach culture” where everyone is on mission - everywhere, all the time. In 2018, Rev. Onny Wong became our director of Alliance Youth.

Whether we are at home, having coffee with friends, participating in a meeting, traveling on a bus, or standing in a supermarket line, we are always on mission, seeking opportunities to plant and water “Gospel seeds” knowing that only God can make those seeds grow.

We are called to share the gospel with Everyone, Everywhere, All the Time. As people who know the joy of hope in Jesus our desire is to Proclaim Hope through:

H.  Healthy Relationships with God and Others.

O.  On Mission to Everyone, Everywhere, All the Time.

P.  People of Prayer and Praise.

E.  Empowered by The Spirit to fulfil our calling.

More From 'About Us'

The Australian Alliance is part of a Christ-centred, Mission-focused and Spirit-empowered global movement more than 6 million strong. We are inspired by Jesus’ love and empowered by His Spirit and are passionate about bringing the good news about Him to our neighbourhoods and world.

Our Alliance family celebrates Jesus—the image of the invisible God, the Lord of all Creation!

“For in Christ, all the fullness of the Deity lives in bodily form, and in Christ you have been brought to fullness.”  Colossians 2:9-10

Our heartbeat is to know Jesus as our:

Because of who He is and what He’s done, we are compelled to “go!” Humbled by the open invitation He extends to us—what we call the Great Commission—we join Him in His work to restore and reconcile lost and broken people to Himself.

Read our statement of faith for more on what we believe.

In Australia, our Alliance family extends His love to everyone we meet - Everyone, Everywhere, All the Time; we walk with our neighbours through the challenges life brings, introducing them to the One who offers true hope. We plant churches, preach the Word, make disciples and mentoring new believers to become healthy, passionate Jesus followers.

Our Alliance family sends and supports Alliance international workers through the placement of workers, establishing partnerships, releasing professionals and supporting projects. We care for the sick, befriend the lonely, and introduce spiritually impoverished people to the One who releases us all from the curse of sin and the sting of death.

Acts 1:8 is in our DNA. We are convinced it is only by the Holy Spirit’s empowerment that we can fully express Jesus’ love, compassion, and mercy to those who do not know Him.

“… But you will receive power when the Holy Spirit comes on you; and you will be my witnesses in Jerusalem, and in all Judea and Samaria, and to the ends of the earth.” Acts 1:8

The Christian and Missionary Alliance or Alliance, is a movement centred on Jesus Christ focused on His Kingdom and mission. We exist to fulfil God’s mission on earth bringing the Good News of Jesus to Australia and beyond.

In Australia the Alliance is a multi-ethnic movement with more than 80 congregations in most states and territories. Internationally there are about 22,000 churches in 60 countries with more than 6 million Christians worshipping in Alliance churches worldwide.

Jesus gave his very life for us and he is the Saviour, Sanctifier, Healer and Coming King. He has called us to share the story of His life, death and resurrection with others. The passion to share His story is fuelled by our desire to live the “deeper life” — a commitment to a growing and abiding relationship with Jesus.

Want to know more? See our complete doctrinal statement below.